Continuing the march of consumer electronics companies to put video editors in every possible device, it seems Sony is about to unveil a new video editor called PlayMemories Studio for the PlayStation 3. 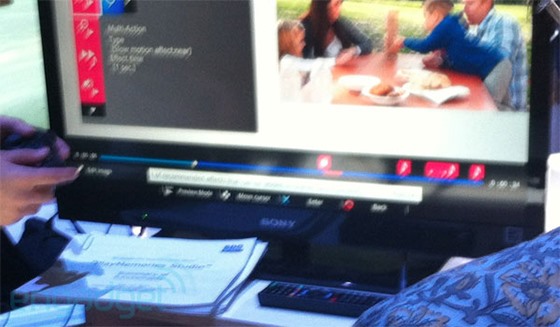 According to an article on Engadget, the above photo was taken on the CES show floor. I don't know anymore than that, but will keep you posted. Though to be honest, the idea of video editing on a PlayStation using the controller or keyboard doesn't fill me with excitement. You know what does? Editing video on an Xbox 360 using the Kinect controller. Yes, that's right, it's Minority Report time.