Time-lapse photography used to require expensive and dedicated equipment, but in today's futuristic world, we now have easy access to universal machines like the iPhone, which are pretty much tricorders.

Reel Moments is a time-lapse app for the iPhone from Nexvio. It's a 'pick up and use' app for only $1.99 that turns your iPhone into a time-lapse camera. I say 'pick up and use' because really that's all you have to do, no tutorial necessary. There's one settings screen, which you can see in the screen-grab below: 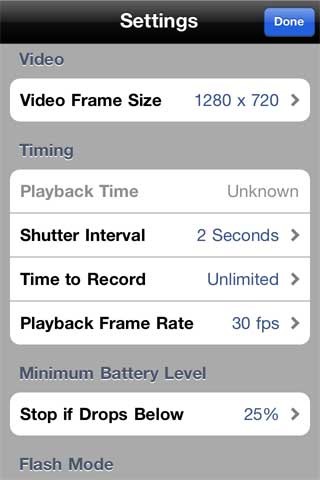 For today's demo, I selected a nice frame size of 1280x720, a shutter interval of 2 seconds, and a frame rate of 30 frames per second. Inspired by time-lapse cross-country videos, I decided to record my drive from the WonderHowTo offices in beautiful Santa Monica to my home in the slightly less beautiful district of Harvard Heights, Los Angeles.

As this was a spur of the moment idea, I had no access to fancy tripods, jibs and the like. But, no worries, I had some tape in the glove compartment. What you see below is my not so high tech solution: I taped the iPhone to the hood of my car. Think of it as a prototype, the point being that anybody can do this. You don't need expensive gear all the time, a roll of tape from the 99cent Store will often do just fine.

I hit the record button in the Reel Moments app, positioned the iPhone midway on the hood of my car and taped it down, not just to secure it properly for shooting, but also so folks wouldn't see that there was an iPhone just sitting there within arm's reach. 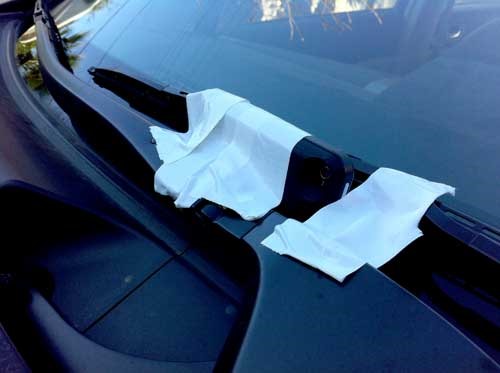 Here's the resulting video. The raw footage was imported into Final Cut Pro X for color correction and titles, and I also changed the speed in several places for variety. For a first test of Reel Moments, I think it delivered perfectly. It's easy to use and the annoying shutter sound it makes while taking photos is easily remedied by muting your phone.

Reel Moments is a great, simple little app that I recommend to anyone who likes capturing video with their iPhone. At only $1.99, it's worth trying out and is a useful tool to help expand your artistic and craft horizons. Perhaps it will even inspire you to drive cross-country. Just be sure to bring lots of tape.

Wow. That video looks great. I was not expecting that for an iPhone app.

Cheers Justin, am impressed as well. For only $1.99 why wouldn't any filmmaker have it in their toolbox just to use when the occasion arises?